Ristorante Casa Amélie was born in Turin in November 2017, when chef Guido Perino decided to open his own restaurant, following experiences in many important kitchens. Never more than four ingredients, excellent basic materials and seasonal produces characterize dishes by this chef, originally from Naples. In addition to caring markedly for food, Guido envisages his restaurant as a place where people should feel good and consider themselves "at home", listening to pleasant music, recalling memories, finding flowers and staying on to chat. A simple table where the "dish" is the protagonist, a very attentive and warm service and a wine chart- about one hundred labels- accurately selected among the excellence of the Piedmont and some "treats" from everywhere. However, launching one’s business also requires a lot of courage, and inspiration for this was found in "Amélie", a French bulldog died at thirteen overflowing with willpower and grit. It was the fusion of these two feelings which gave birth to the name and the location of Ristorante Casa Amélie, 20 seats, two floors and deliberately minimal style in via Carlo Ignazio Giulio 4b, within the lovely Roman Quadrangle. In April 2018 Casa Amélie was selected by the Chefs Christian and Manuel Costardi for The Fork Restaurants Awards, the prize promoted by Identità Golose to award the best Italian new ventures, thus ranking among the top ten most voted restaurants.

Also, well-known food guides reviewed and suggested our restaurant (Identità Golose, Gambero Rosso with one fork, Espresso and many other).

A small random selection of what they’ve said about us...

"Dishes which use genuine, often exotic and original ingredients, proving the chef’s fine skill". Marco Trabucco, La Repubblica
***
"Casa Amélie by Guido Perino is a lovely project by a chef seeking his place in a city like Turin, where everything is sizzling and new". Christian and Manuel Costardi, Hotel Cinzia, one Michelin  star
***
"The cuttlefish, capers, lemon and rocket revealed itself delicious. Properly vibrant cuttlefish, because they had been grilled for the correct time, with a Mediterranean touch of capers". Rocco Moliterni, La Stampa
***
"His skill in working and creating with high quality basic ingredients is evident, but Guido wishes to accomplish his cuisine following a simple, albeit conceptual, line of interpretation, dedicated to basic ingredients as its absolute protagonists".  Domenico Arecco, Il Golosario

Chef
A spread of gnocchi on the table, is one of the strongest memories from my childhood. My grandfather, a chef and restaurateur in Naples in the Forties, used to prepare them every Sunday. It was great to watch him as he moulded them and it was even better when he patiently allowed me to start making them together with him.

I inherited my passion for the world of cuisine from grandpa Francesco himself and learnt about the use of the most secret and valuable ingredient for my dishes: dedication!

I was born in Naples in 1982 and, driven by my great love for this craft, I began to take my first steps when very young within the cuisine ambit. I gained important job experiences (including Le Colonne, the Grand Hotel Quisisana, the Bologna Sheraton),  I explored diverse regional cooking and arrived in Turin five years ago as sous-chef at the one-starred Michelin Magorabin Restaurant, where I stayed for almost four years. Casa Amélie is my dream coming true, I’m looking forward to seeing you! The 2019 Guides which have selected us

HOW TO REACH US
The Emanuele Filiberto multi-storey car park is located nearby. 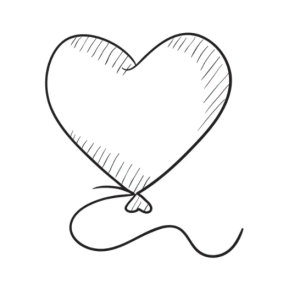